The Significance of Monlam Chenmo 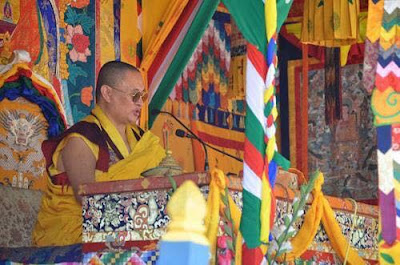 Monlam Chenmo  (The Great Prayer Festival) is a two-week period during which Lord Buddha performed various miracles.
According to the Sutra of the Wise and Foolish, six great Hindu teachers, representing the six great schools of Hinduism, challenged Shakyamuni Buddha to a competition of miracles.

Typically the Buddha purposely avoided displays of powers because people are easily interested in mundane powers instead of practicing Dharma. 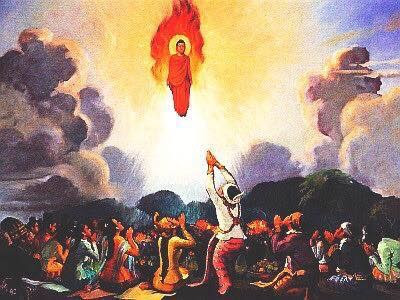 However, through his clairovoyance, he understood they wouldn’t be subdued unless he performed the miracles, so he outdid them for 15 days, and the six scholars converted to Buddhism.


The Great Prayer Festival was established in Tibet in 1409 by Lama Tsongkhapa to commemorate Shakyamuni Buddha’s performance of miracles at Shravasti.


The main purpose of the Great Prayer Festival is to pray for the long life of all the holy Gurus of all traditions, for the survival and spreading of the dharma in the minds of all sentient beings, and for world peace.

The prayer is for the good of all beings, human beings, and the whole animal kingdom throughout the world. 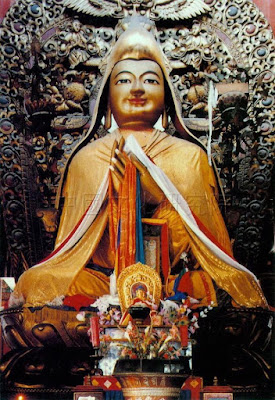 The belief is that the Buddhism of Shakyamuni Buddha has passed its peak, and is gradually declining. But the Great Prayer Festival will shorten this period of decline and prevent the latter end of it, when human beings would otherwise live to be only ten years old.

The first prayer was held in Jokhang, the central cathedral in Lhasa in 1409 by Lama Tsongkhapa.  He invited all the people of Tibet to a two-week-long festival of prayer, auspicious ritual, teachings, and celebrations, from the first new moon until the full moon of the Lunar New Year. Many hundreds of thousands, perhaps more than a million came from near and far.

It is said that during that first Great Prayer Festival in 1409, all the people gathered in Lhasa themselves beheld similar visions solidly present in space, with heavenly hosts of Buddhas and divine beings filling the sky.

For the whole two weeks, the routine business of the city was suspended. Everyone got into their most religious mood and spent the whole time as if on a spiritual retreat, praying, studying, making offerings, teaching and learning, debating meaningful philosophical topics, and celebrating in ways both solemn and merry.