A Spiritual Name is a must for death rites 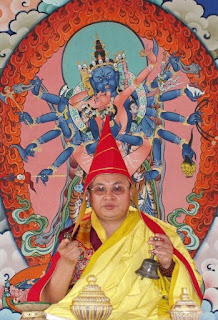 Every one has a name and this name is associated only with our body, and is believed that once we die we leave it behind with the dead body.

Right from the day of death till the 49th day various types of rituals are performed for the deceased. To dedicate the merit the deceased spiritual name is called.

Further, from day one to the 21st as per meal timing a variety of foods are offered to the deceased.

After recitation of certain prayer by Lama and on his instruction family members gathered nearby the displayed food offering and call the deceased name to offer the food to him.

One person will draw the knife and crisscross over the food (this is done to chase harmful spirits that prevent him to take food) and then whole audience and the family members will call his/her name and offer the foods.

Now here if you call his/her name, it has no meaning. He/she doesn’t get the food that is offered and is not benefited to the deceased. So spiritual name is a must to complete his/her rites, rituals and food offerings.

Generally one receive choeming (spiritual name) the name with which we will be known after death, during the Thri ceremony usually conducted by His Holiness the Je Khenpo and other Rinpoches.

Since, it is very difficult for everyone to attend Thri, we can also get our spiritual name from His Holiness the Je Khenpo, Rinpoches and other high lamas directly.

I got my spiritual name from his Holiness the Je Khenpo after receiving Baza Guru Lung in 1999. 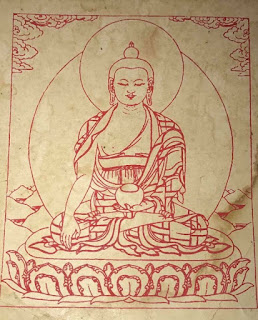 (My spiritual name received from HH the Je Khenpo) 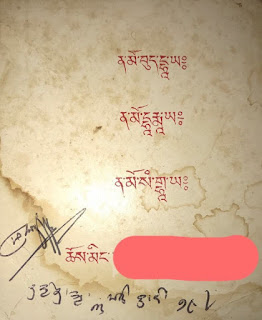 Kindly note that you should not disclose your spiritual name to everybody otherwise it indirectly becomes your body name again.